Football Leads the Way to Confidence

Kathy a student from West Sussex has just been accepted by the Crawley Wasps under 16’s female football club. She is hoping to be picked as their midfielder once she has completed training. Kathy’s lifelong dream is to play for an all female team but until now she has never had the confidence to make it to the trials.

When Kathy first started senior school she was very shy and avoided any form of attention. She wouldn’t raise her hand in class and would often withdraw from her peers. Her pastoral team encouraged her to get involved with the onsite youth group. Kathy soon made new friends who were able to get her to come out of her shell. As a result she felt more comfortable with who she was as a teen and capable of doing things that had been previously out of her comfort zone.

Kathy tells us about her lifelong goal and how she was able to overcome her fears. ‘Over the past year we have had a professional football coach at the school. She has been teaching the girls how to play so we had matches just between us girls and that’s something I’ve always wanted to be a part of. I have learned so much from my coach and not just about football. She gave me the confidence to try out for the Wasps and I am over the moon that I got a place on the team.

I would advise any girl who wants to play football to just go for it. I was worried about other people’s opinions for a long time and that’s what stopped me from going to the trials for years. I thought the other girls there wouldn’t be nice but actually they are. We are all interested in football, and they are just like me. They are not the most confident people in the world but we have all become friends because of our interest in football and my social circles have really grown.

I don’t think there are enough girls playing the sport. I suggest that they come and watch us play and see just how good girls can be at football. I hope to continue with the wasps till I’m 18 and then I have plans for a career in agriculture. That is another big interest of mine.‘

Kathy is a brilliant student. She admits she is not the most academic but she certainly knows how to pay it forward. Due to her experience early on in school she has decided to become a Youth Leader. She is able to identify students with similar issues and help them through their difficulties, making it much easier for them to enter new friendships. Kathy says ‘The youth group has helped me a lot and I know I can help new students gain confidence the way that others have helped me‘

One of the students who has already seen the benefit of Kathy’s encouragement had this to say ‘Kathy is great, she’s always there and it’s nice to have someone who will listen to you. She helps me make new friends without it being awkward. I can’t wait for her to become an official Youth Leader‘

← Turning Dreams into Reality
What Wakes You Up at 2 in the Morning? → 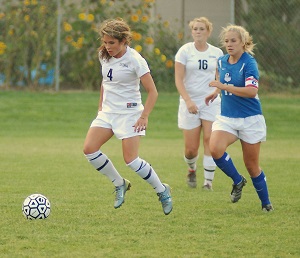