by Olive Pellington on October 22, 2015 in life, Uncategorized • 0 Comments

People often consider the state of their relationships by the behaviours displayed by the other person. Have you ever thought about how your behaviour contributes to that?

The behaviours we display are usually a reaction to the current situation based on our historical experiences. Ella Wheeler Wilcox points out in her poem Which Are You? that there are two kinds of people. They can indeed be categorised by their behaviours. In her eyes these two types of people will either help or hinder. Read this poem from start to end and decide which type of person describes you best.

Not the sinner and saint, for it’s well understood,
The good are half bad, and the bad are half good.

Not the rich and the poor, for to rate a man’s wealth,
You must first know the state of his conscience and health.

Not the humble and proud, for in life’s little span,
Who puts on vain airs, is not counted a man.

Wherever you go, you will find the earth’s masses,
Are always divided in just these two classes.

And oddly enough, you will find too, I ween,
There’s only one lifter to twenty who lean.

In which class are you? Are you easing the load,
Of overtaxed lifters, who toil down the road?

Or are you a leaner, who lets others share
Your portion of labour, and worry and care? 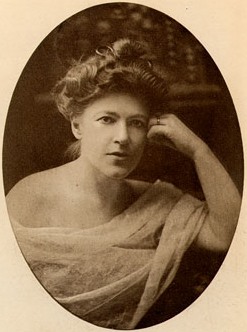