Alcohol, Teens and the Brain

‘A child’s first taste of alcohol usually comes from a family member’ states a government report.

It’s not uncommon for children to be given the odd glass of wine or champagne at a family gathering or celebration. However, we cannot ignore the fact there are a small percentage of parents who allow their teens to drink as much as they like, under or outside of their supervision. Within this small percentage, there are a few who allow their teens to drink regularly to the point of being drunk and passing out. According to the government report, these families are given help and the children educated on the long term harm that alcohol can cause.

It is not the job of this blog to judge any family but instead to give you the education that can be passed on to teens and save more lives. Alcohol when consumed responsibly can be an enjoyable social experience but when abused can become a dangerous poison.

Binge drinking among teens is not new. According to a government survey of 5,025 children between the ages of 10 – 15, youngsters have no trouble being served by bar staff in clubs and pubs or buying from shops. Whilst this is certainly an issue for the authorities to solve, it is important for us to educate teens about the damage alcohol can cause. This is especially true for young girls who are putting themselves at risk of breast cancer, strokes and high blood pressure.

As we know, the human body reaches full development between the ages of 18-25. This does not only concern puberty, which affect the body frame, hormones and reproductive organs. It also concerns the development of the brain.

Alcohol, like all drugs, affects cognitive behaviour and can cause permanent brain damage. When alcohol is consumed it is quickly absorbed and pumped via the bloodstream to all parts of the body including the brain. Alcohol has a negative affect on the brain. The list below outlines the affects on the brain when drinking alcohol.

Drinking alcohol, certainly affects ones judgement and decision making. In a developing brain it can cause long term damage which has an effect on the day to day functionality of the body. You only have one body. It’s your choice. Take care of yourself and educate those your care about. 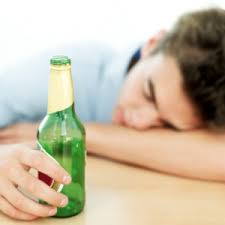